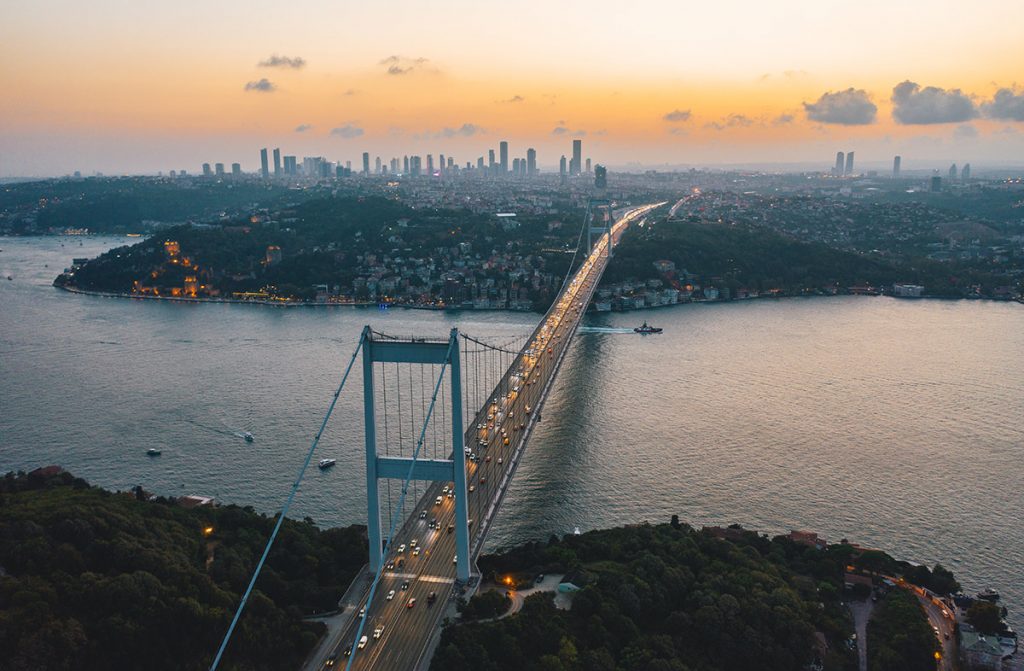 17 Aug5 Reasons Why You Should Invest In Turkey

The Turkish startup ecosystem has been going strong since the late 90’s and early 2000’s when internet based startups emerged. These include Yemeksepeti which was acquired by DeliveryHero for $589 million, GittiGidiyor which was acquired by eBay for $217 million and Pozitron for $100 million acquired by Monetise. This was the first wave of entrepreneurs and internet giants part of the Turkish scene. The second round came around 2008-2009 with mostly e-commerce focused companies like Trendyol, Markafoni and Çiçeksepeti. Peak Games-which founded in 2010- was one of the first successful Turkish gaming companies and was acquired by Zynga for $1.8 billion, leading the way for other Turkish gaming companies like Dream Games, Rollic Games and Vertigo Games. Hepsiburada- sometimes seen as Turkey’s answer to Amazon, is now valued at $4.4bn after an initial public offering on the Nasdaq in July 2021. Another notable Turkish startup – Getir, which offers ultrafast delivery was founded in 2015 and has a valuation of $7.55 billion. Trendyol has recently (Aug 2021) become the first Turkish decacorn (a relatively new company with a valuation of over $10billion) with a valuation of $16.5 billion. Financial Times has even hailed Turkey as the star of European Tech in a recent article.

So we know Turkey can be a hotbed for innovation and its startups can achieve long term growth and turn into huge, profitable companies. Now let’s look into the reasons why this is the case.

Turkey is a natural bridge between Europe and Asia. And its eclectic culture is influenced by both. Istanbul is a gold mine when it comes to offering strategic access to major markets in these areas as well as the Middle East. Its close proximity means access to 1.5 billion people and a whopping $24 trillion GDP. According to TurkStat numbers, Turkey has access to 995 million consumers through Customs Union and FTA’s. Istanbul became the 7th city in Europe where the most investments were made in Q1 2021. In a poll carried out by one of the world’s leading business news dailies, the Financial Times, Istanbul was chosen as the most liveable city in the world, followed by London and New York. Turkey is modern and highly educated country, which brings us to our next point.

Turkey has an untapped pool of great talent. It is full of educated and skilled human capital. Its young and dynamic population means it has one of the lowest age dependency ratio in the region.

More than 6.7 million students are currently enrolled in University and annually 800,000 of them are graduating. According to IMD’s 2020 world talent report, skilled and readily available labour is one of its overall top strengths, with a ranking of 20 out of 64 countries. Turkey has a world-class engineering education and is one of the most qualified engineers in the world.

There is a strong entrepreneurial community of startup founders and co-founders in Istanbul which means there are many opportunities for networking and partnerships. Startups of all developmental stages can take part in the numerous entrepreneurship-oriented events,  conferences, hackathons, co-working spaces and accelerator programs. Thanks to the newly digitised and/or hybrid models for events and programs, entrepreneurs from all around the country can learn from each-other, come together and create something new.

Turkey has the 11th largest economy in the world as of 2020, moving up from 18th in 2003 boasting fast growth. It is one of the biggest emerging economies of the region with 5.1% average annual GDP growth. It’s tippled its economy in the last 18 years from a $236 billion to $717 billion GDP and robust domestic market and entrepreneurial private sector spurred investments and exports. Between 2009-2019 it has successfully generated approximately 6.8 million new jobs. Previous inflation rates and the high volatility accompanying them has been reined in and kept under control in the last 19 years. Turkey has increased its export volume from $36 billion to $171 billion in the past 17 years and has outpaced world performance with an impressive 11% average annual growth.

The Turkish government wants to encourage foreign investment and has created incentives based on the different categories of investor you might fall into. There are 7 ‘profiles’ of investor defined for quality FDI’s according to Turkey’s investment office. These profiles range from R&D, Design and Innovation Center Investments to Investments Reducing Import Dependency. They favour these types of investors, but don’t exclude others. See which category you might fall into in the table below.

They are very investor oriented- they have even designed the 2021-2023 FDI Strategy by analysing the recent changing needs and expectations of investors and suiting strategies and actions in accordance. Cooperation and coordination among the relevant institutions and monitoring and evaluation of the implementation are key factors in the success of implementing this strategy.

You can find the official Turkish FDI Strategy for 2021-2023 here, a guide to state incentives here and a legal guide to investing in Turkey here.